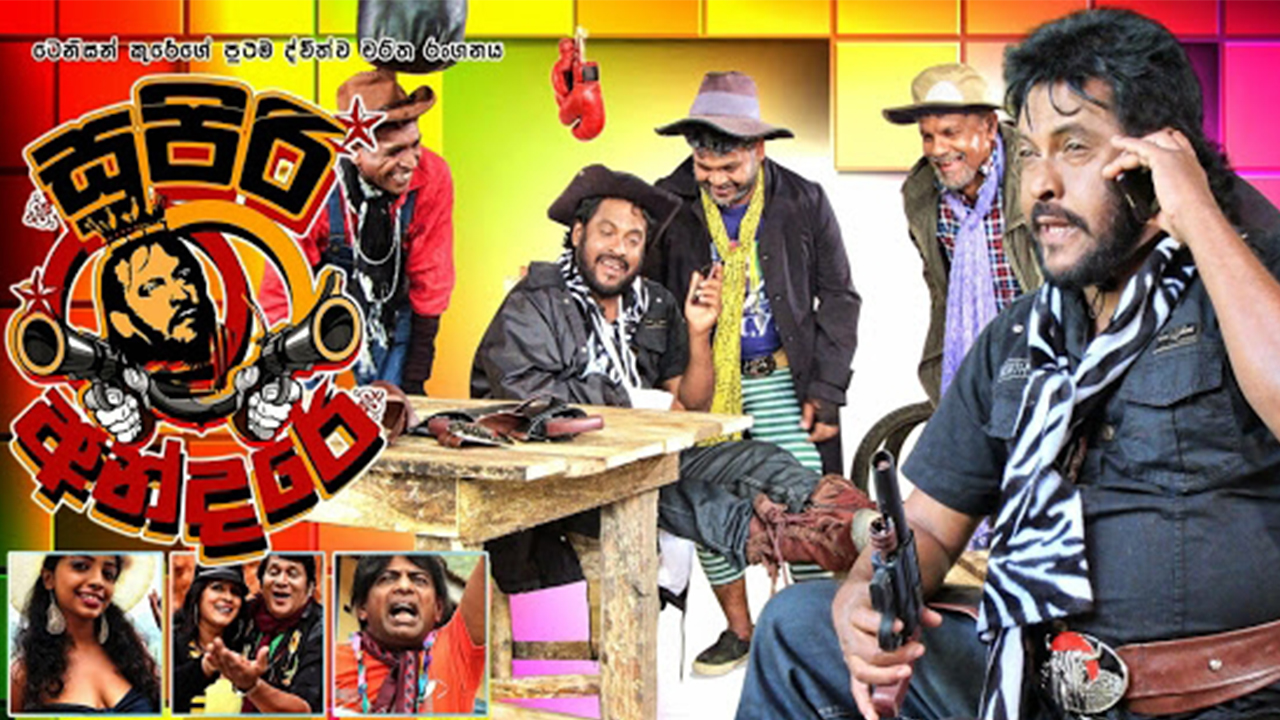 Supiri Andare is a Sri Lankan Sinhala comedy film released in 2014. Gulliver and Andaray are twins in a far away village and their poor mother does labour jobs and to bring the sons up. One day, The younger one Andaray wants some money to take to school and he steals 10 coconuts from a nearby coconut estate for that purpose. Andaray is caught there by the owner of the estate and he is about to be taken to the police. Gulliver appears and he hits the owner down with a stone and he saves his brother. Gulliver gets scared of having seen that the owner is collapsing and he runs out of the village. After that the twins live separately and Gulliver becomes a thief, an underworld gang leader. Times passes by and Andaray comes to a certain village. He gets friendly with one of the families there and he stays in that village with the family. There are two young girls in that Family. Madurhi who is the sister of the owner of the house falls in love with Andaray who has very soft manners. The other girl is Juhi who is the daughter of the owner of the house and she has an affair with a boy in the village. The house owner is against this affair. In the meantime, the other twin Gulliver also lives in a nearby village and the villagers are afraid of him. The film entertains the people with hilarious incidents which villagers have misidentified Gulliver to Andar and Andaray to Gulliver. What will then be? Cast : Tennyson Cooray, Sanoja Bibile, Rodney Warnakula,Wimal Kumara de Costa, Tissa Wijesurendra, Dayasiri Hettiarachchi Direction : Michel Fonseka Produced by : Krishan Dilipa Perera Placidus I. Fernando