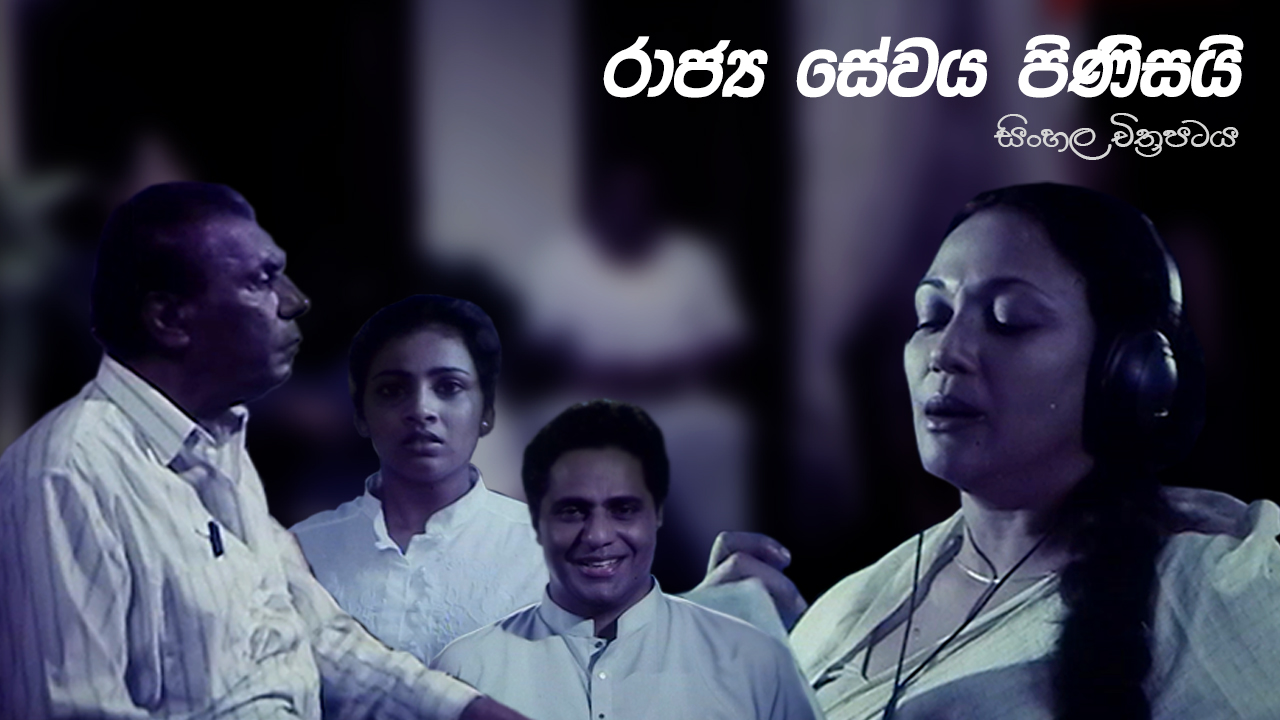 රාජ්‍ය සේවය පිණිසයි is movie about a powerful Minister, Janaka Situbandara and Mahesha Upamali, a middle aged widow. She loves music and dancing. Her second marriage to an old man named Sumanasekera is almost a failure. Sumanasekera is only a namesake husband. He doesn’t mind living a henpecked life as long as his desires are fulfilled. Mahesha Upamali succeeds in getting around the Minister to get favours done for her own benefit. The Minister exercises unlimited powers to move the machinery of state terrorism. Then comes political cut-throatism, and the people become helpless. Utter chaos prevails in the country. Crazye for power, desire to accumulate more and more wealth, nepotism and favouritism among the power hungry rulers, finally ends those involved, who are destroyed like moths around a fire. Cast: Geetha Kumarasinghe, Sanath Gunathilake Joe Abeywickrama, Kanchana Mendis Direction: Udayakantha Warnasuriya Produced by: Udayakantha Warnasuriya