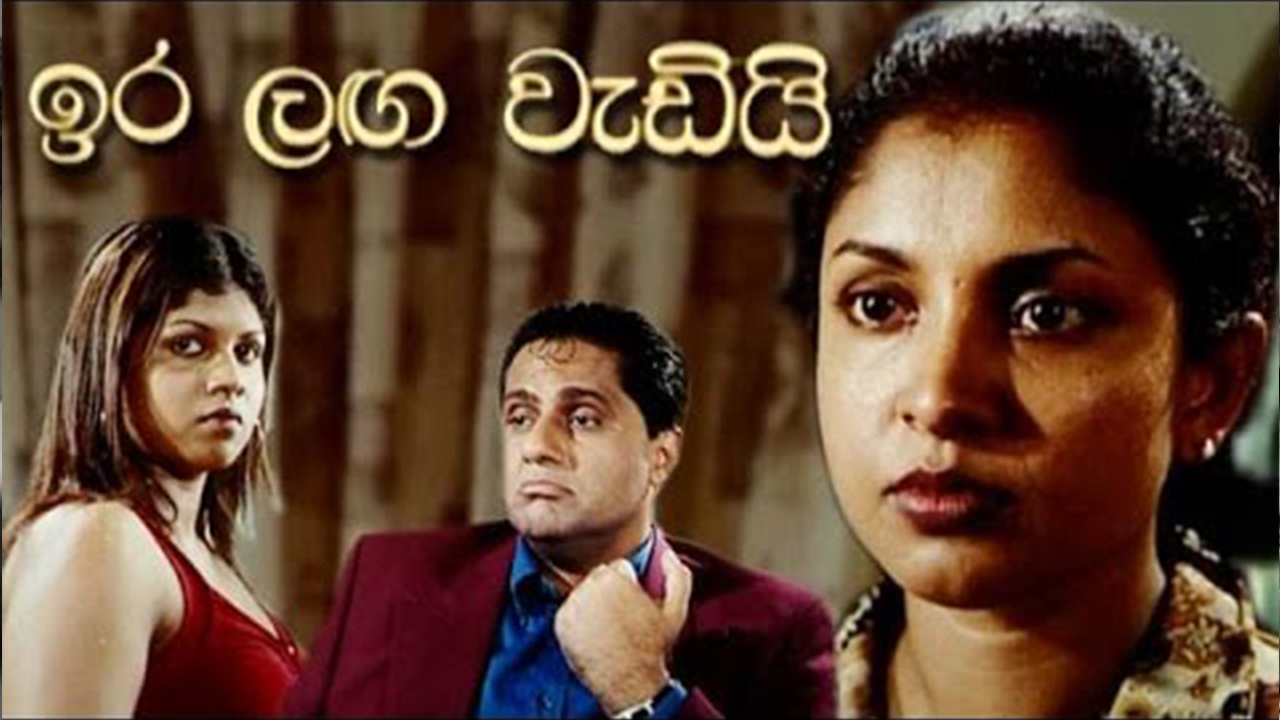 Ira langa Wadi is a Sri Lankan Sinhala adult drama film released in 2013. Sewwandhi is Kumara’s school time girl friend and she is at hospital on a wheel chair having faced some accident. Sewwandhi explains the plight she suffers to Kumara over the phone. She discloses to him that she is like a prisoner in a house which belongs to Saliya, a underworld gang leader. She further tells that she is also unwillingly the mistress of him. Kumara takes Sewwandhi out of the house. They hide themselves in a friend’s house. Saliya advises his people to find out her. Kumara joins into the group of the rival gang leader to Saliya with the clear intention of saving sewwandhi. At the great tense battle between Salya and Kumara in the end, both Kumara and Sweeandhi die in the hands of Saliya. But Saliya too can’t escape from his rival leader. Cast : Sanath Gunathilake, Dilhani Ekanayake, Sanath Wimalasiri Direction : Chandraratne Mapitigama Produced by : Ruwanthi Films