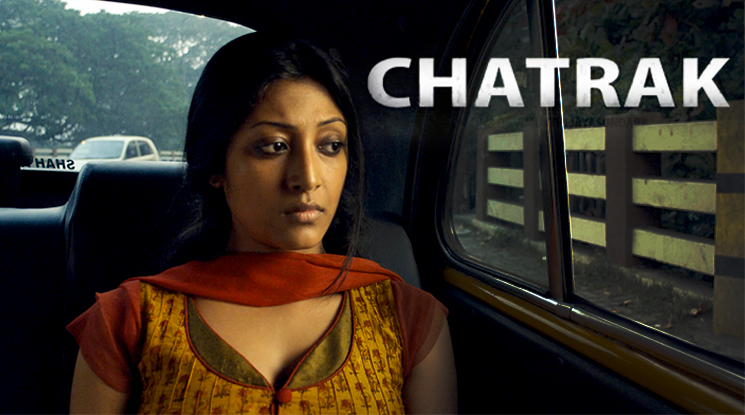 Chatrak is an Indian Bengali drama film released in 2011. Rahul (Sudeep Mukherjee) is a Bengali architect working at construction sites in Dubai. He returns home to Kolkata after an absence of several years. His girlfriend, Paoli (Paoli Dam), has been waiting for his return. Rahul's seemingly successful life is overshadowed by the search for his brother (Sumeet Thakur), said to now be mad and living in the forest, where he sleeps in the trees and subsists on vegetation. This crazy brother befriends a French soldier in the jungle. Rahul and Paoli journey in search of his lost brother. The story involves people who are expropriated for construction projects. Cast : Paoli Dam, Sudip Mukherjee, Tómas Lemarquis Direction : Vimukthi Jayasundara Produced by : Vinod Lohti